Haijia Machinery: 6000 machines into Hengli is just the beginning

Under the background of the great era, the industry watershed appears, the market ecology is reshaped, and the trend of strong combination of head players up and down the industry chain is emerging, and so is the textile field. The advantageous enterprises like Qingdao Haijia Machinery Co., Ltd. are making their own changes in the continuous change of lane and transformation.

It is not difficult to find that the orders of Haijia Machinery are basically concentrated in the field of wide machines. As we all know, the wider the width of the equipment, the higher the technical content, especially the double warp beam wide weaving machine, whether the manufacturing process requirements or installation difficulties are higher. But this is not too much pressure for Haijia Machinery.

Behind this calmness is the bottom of Haijia Machinery.

"From mid-September to the end of December this year, we will have 1632 machines delivered to Hengli Group. Among them, 816 sets of HW-8010-340 type and 816 sets of HW-8010-360 wide double warp beam type." Liu Jingran told the reporter that Haijia Machinery is releasing its production capacity gradually according to its own production volume. "Next, we will use one-third of our production capacity to deliver orders from Hengli, and two-thirds of our production capacity to meet the demand of the majority of old customers in the market." Such a capacity ration allows them to better take into account and protect the interests of multi-dimensional customers. Moreover, according to the plan of Haijia Machinery, after the intelligent factory of Qingdao Century Haijia goes into operation next year, both the production accuracy and efficiency will be greatly improved, and the remaining orders of more than 4,000 units that need to be delivered to Hengli will still only account for one-third of its production in 2021. With the rich experience in mass production accumulated for many years, coupled with the production and delivery rhythm of "from easy to difficult", there is really not too much pressure for them. 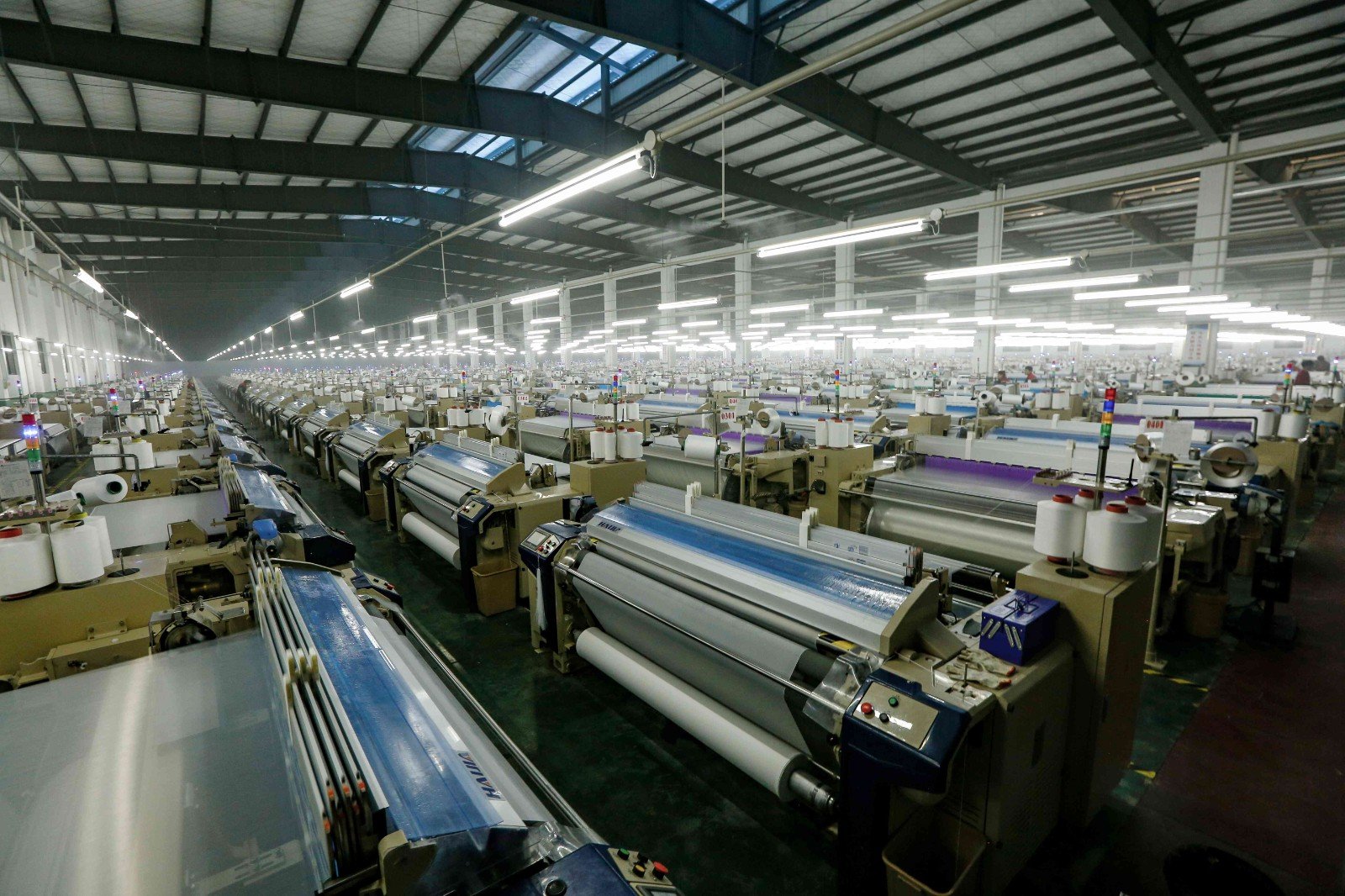 "We are confident that we can do it right!" Yes, Haijia machine itself is the symbol of quality of water jet loom.

The HW-8010 water jet loom involved in this order of Hengli is a high-grade water jet loom developed by Haijia for the strengths and weaknesses of the existing water jet looms in the market, integrating some structural advantages of the air jet looms, with the concept of energy saving, low consumption, high speed and high efficiency with targeted variety adaptability. In the scientific and technological achievements appraisal of the China Textile Industry Federation passed in May last year, it has been unanimously evaluated by experts: the overall technology of the HW-8010 model of Haijia has reached the international advanced level. As early as 2016 when the batch entered the market, it has been widely recognized by many users such as Fuhua Shijia, and has a very good "mass base". In the "ring" fierce PK of Hengli Group for more than two years, the model was in the lead in many indexes such as comprehensive stability, vibration, opening efficiency and A-grade rate of fabric. 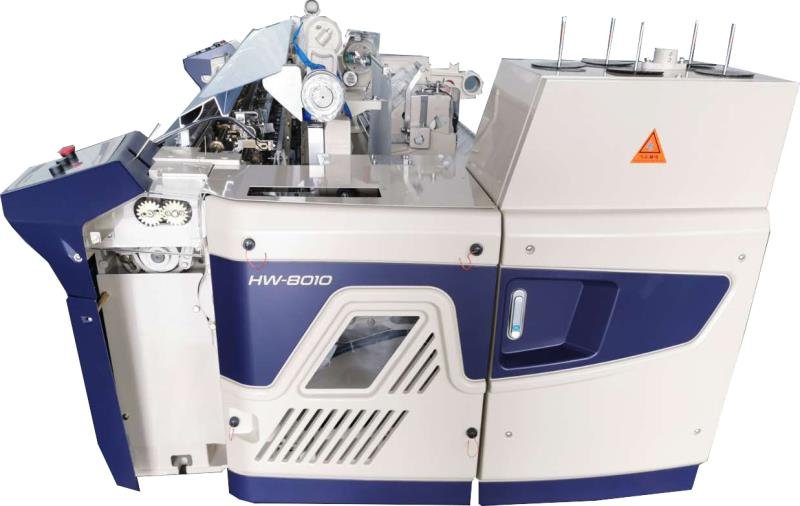 Now, the dust of Hengli's order has been settled, and Liu Jingran is more determined while he is happy. "Everyone thinks that the equipment entering Hengli is a sign, but for us, this is just the beginning! We must achieve the most stable and best in the operation of the equipment, and then let the majority of front-line employees who use the equipment heartily praise!" To win the right to speak with strength is the most correct posture of Haijia Machinery in the uninterrupted competition.

What Haijia Machinery is about to usher in is a key battle to consolidate its "status in the rivers and lakes".

In the communication with Liu Jingran, the reporter can clearly feel that his mind is very stable, the pace of Haijia machinery is very stable.

"We do not pursue cost control, do not pursue quantity, the only highest requirement is to do a good job of quality!" For many years in a row, the market share of Haijia Machinery water jet loom is far ahead, but in recent years they have always stressed the control of "quantity". 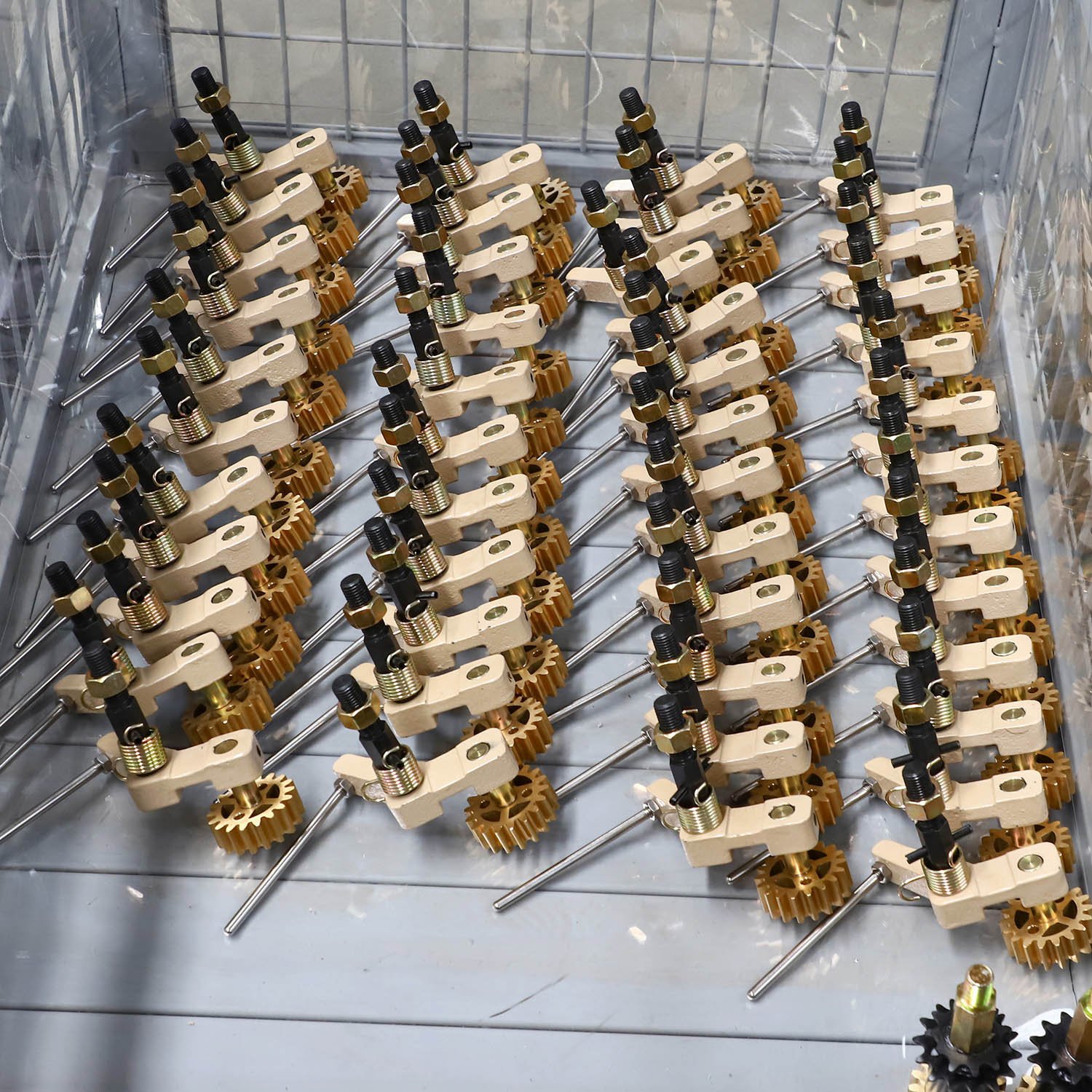 "Around 2018, due to the rapid development of the market, many old customers outside the large investment, our production reached more than 11,000 units, of which a single order of more than 500 units there are nine!" Liu Jingran still remembers that the market was in full swing, and in the face of many urgent orders to be delivered, there was an inevitable gap in detail control, and the coordination of supply chain resources was also stretched to the limit. This made Haijia Machinery decisively limit the amount of orders received in 2019, and many chats in Haijia's internal marketing group were about the limited amount. "Last year, we set a maximum of 750 orders per month, to control the total volume to about 8,000 units."

In the enterprise view of Haijia Machinery, this is not the sacrifice of "quantity", but the achievement of "quality".

"The quality depends on our processing strength in the front channel, and the quantity needs to be based on the strength." In recent years, Haijia Machinery has been increasing the hardware investment in processing workshop, flexibly coordinating the use of supply chain resources to ensure the accuracy and reliability of parts and components, so that the entire workshop has formed a good ecosystem, efficient operation. 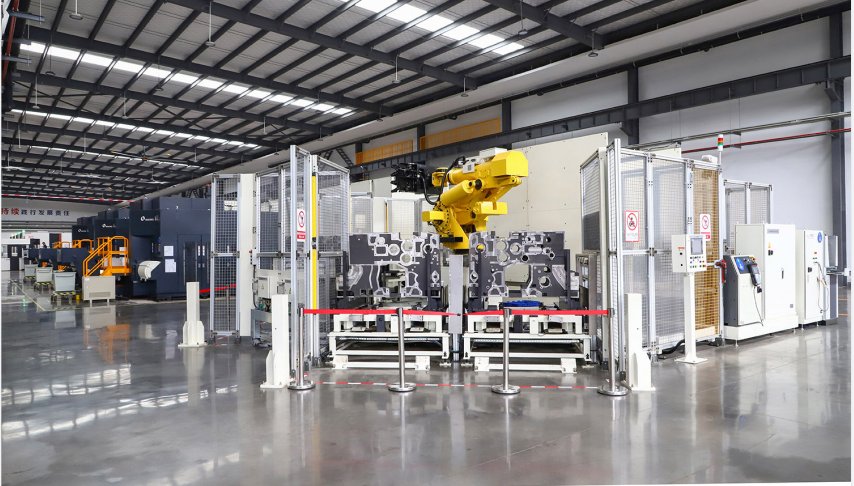 It is especially worth mentioning that the pursuit of "quality" of Haijia Machinery has been extended from the manufacturing end to the client. "Today's fabrics are ever-changing and unique, so we have set up a special process department to study the weaving process of our customers." They hope to bring some valuable professional reference suggestions to customers through their own research and study, and gradually change the previous mode of "what customers want to give" to provide them with the best quality products and services.

Transformation of intelligent manufacturing is underway

"All our starting point is to do a good job of quality first, including the planning of the new factory." Liu Jingran said.

In June 2019, Qingdao Century Haijia Machinery Co., Ltd. started the construction of the textile machinery intelligent manufacturing factory project, which is an important strategic move for Haijia Machinery to move to a higher level and a strong guarantee for its product competitiveness and comprehensive strength. Century Haijia intelligent factory project investment amounted to 300 million yuan, will rely on the Internet of Things and other modern information technology, combined with green lean production concept, to achieve the transformation and upgrading of textile machinery manufacturing, to create an information-based intelligent shuttleless loom production base.

Century Haijia by Siemens (China) Ltd. to sort out the company's business processes and production processes, based on standardization, the completion of the pulsating production model planning, and gradually achieve lean production based on information technology and automation. In order to improve the level of automation, the new equipment will be single machine and production line with high degree of automation, and the storage system will adopt automatic three-dimensional shelves and information management; at the same time, according to the characteristics of the product production process, the functional partition will be reasonably planned, so that the logistics between each area will be smooth and fast. And fully consider the processing and assembly reservation problem, to protect the enterprise later development space.

One year has passed, and the intelligent factory of Haijia has been gradually transformed from ideas to reality and landed in an orderly manner.

"In late October, we ordered six Japanese Mazak, Makino's automatic flexible production line will be in place; installation assembly line will also arrive at the same time for installation and commissioning; three-dimensional storage will arrive a little earlier." Liu Jingran told reporters that all the hardware equipment of Century Haijia will be in place by November and the factory will be ready for trial operation in January next year. It is understood that by then, the production capacity of both the old and new factories will reach 20,000 units, but Haijia Machinery is not in a hurry to release its production capacity, but insists on quality-oriented and shaping the core competitiveness of the enterprise.

Everything is going on in an orderly manner, everything is changing silently, the intersection of the times, every beginning is worthy of respect.

"What is the deepest feeling given to you by Hengli Group?" The reporter asked.

"In your opinion, what are the important factors for Hengli to choose its partners?" The reporter asked.

"Whether the corporate development philosophy matches, which can also be interpreted as whether the spirit fits." Liu Jingran said.

"Then how do you think the spirit fit between Haijia and Hengli?" This question was answered by his frankness. He confessed that once the spirit of Haijia and Hengli did not exactly fit together. "A few years ago, Hengli once made a suggestion on weaving machine intelligence promotion, but at that time, we did not fully accept it in our mind, thinking that professional people should do professional things. However, we soon realized that customers are deep in the terminal and have the most sensitive perception of the market, and Hengli's thinking may be the future trend! So, we quickly changed our mind and reconsidered the intelligence and informatization of ourselves and the customer's workshop, and started to make systematic investment and planning, followed by the current Century Haijia intelligent factory." Liu Jingran said, although there are too many bottlenecks and obstacles, but Haijia still took this step, not only to achieve the strategic layout, but also to obtain a "good teacher and friend" like Hengli.

New layout, new development, new benchmark, this is the interpretation of Hengli Group's continuous "expansion", and also the note of the next development of Haijia. The spirit is compatible, and the future is promising.

Read the next one: